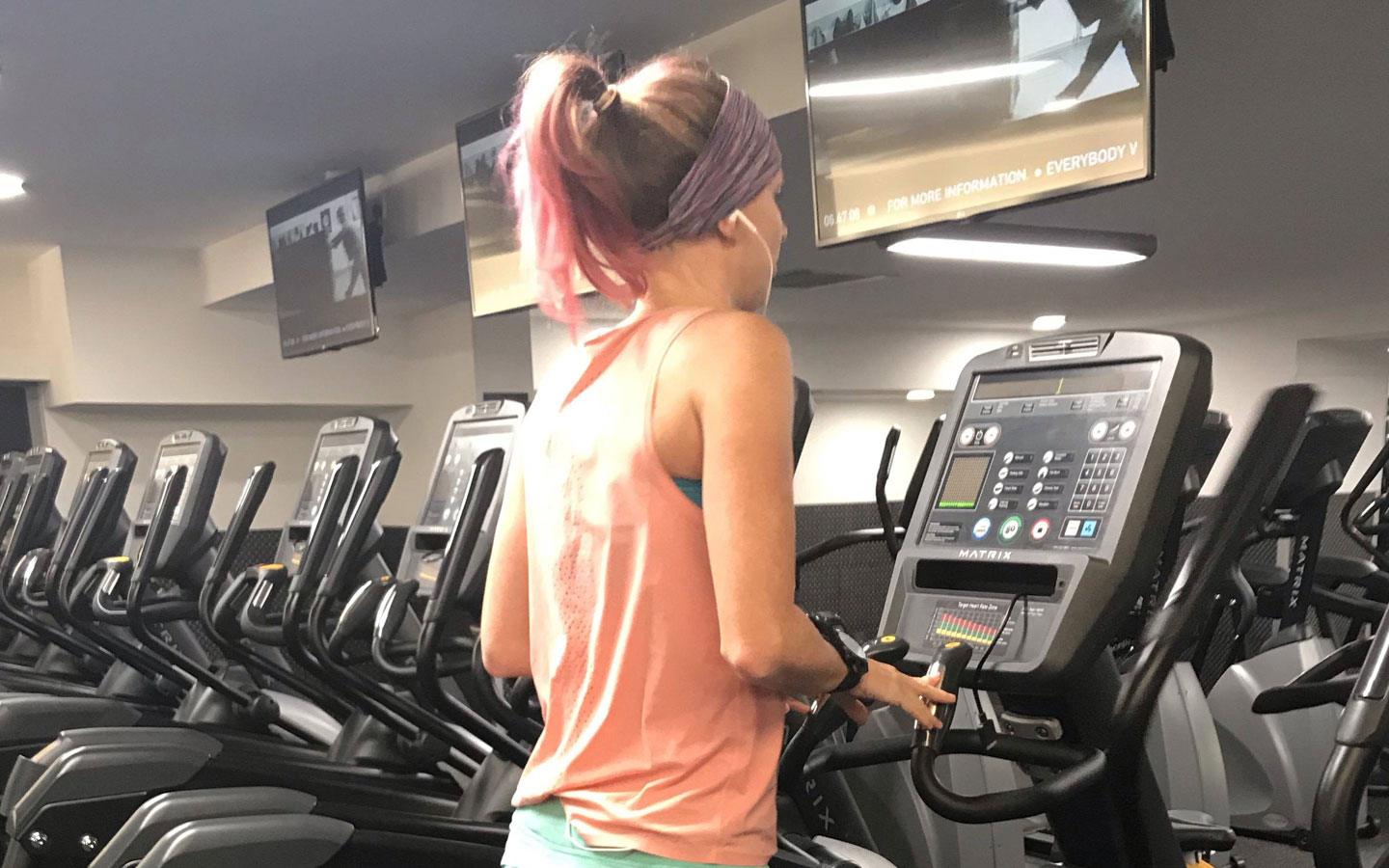 Things I Have Learnt Being Injured

After my DNF at RR100, I assumed that after 10 days rest (a week of which was spent doing very little on a beach in Belize), I’d be able to pick up training as soon as I got home. There was still a bit of tightness in the area which had picked up the injury in the race (lower back, glute, hamstring) but I thought it would just need a good sports massage/acupuncture session and then I’d be able to start marathon training for Paris.

However when I tried a test run, the same muscles in my right leg started to seize up as they’d done in the race, and I started to think this wasn’t going to be the straightforward immediate return to running that I thought it would be.

I saw my wonderful physio, Dawn @ Body Rehab, and it transpired that where I went into RR with a very slight thigh strain from slipping on ice, I’d over-compensated in other areas, causing my lower back, glute and hamstring muscles to get really tight, which in turn had knocked my pelvis out of place, which explained why it had got so painful in the race that I became unable to walk and weight-bear on it. I had a few sessions of pelvis realignment work to rotate my pelvis back into place and acupuncture to get rid of all the tightness, and when I tried another test run it felt ok.

For the next week I continued running, and whilst running felt ok, and fitness-wise I felt in really good shape, I could feel a pulling in my groin at times on runs (which is a sign that my pelvis wasn’t completely back in place). More pelvis readjustment work followed and whilst running wasn’t making the injury worse, it wasn’t making it any better. So I decided there and then that I’d take a step back and get the injury sorted once and for all, rather than try and run and rehab it at the same time.

I’ve been very lucky in that in almost 10 years of running I’ve never really been injured, so this has been a new experience to me and this is what I’ve learnt over the last few weeks:

Everyone knows that runner who has reoccurring injuries and is always on a race start line with Rocktape holding them together….I didn’t want to be that runner. I realised I could get away with running for the next few weeks by managing the pelvis injury with physio and exercises, but ultimately it wasn’t going to make my injury better in the long-term and could lead to injuries in other areas. No injury ever gets better through running, so the sooner you make the decision to stop running, the sooner you will be back to running happy and pain-free.

If you want to be a runner there’s no substitute for running. However, if you can’t run, then cross-training will help you maintain your running fitness. Personally, I don’t think it matters what cross-training you do, as long as it ticks two boxes. Firstly, you want to be doing something that doesn’t aggravate your injury, and secondly, you want to enjoy it. For example, I hate swimming so I’d rather shoot myself in the head than aqua jog, yet I like the bike and elliptical, so I have mixed up my cross-training with a combination of the two and for the most part enjoyed it.

And there have been some mornings when I really couldn’t be bothered with the gym, and it’s then I channel my ‘inner Emily’. This is one of my favourite running stories and is one of the reasons why Emily Proto is one of my favourite runners. A random accident meant Emily broke her leg in the early miles of Brighton marathon and instead of finishing the race in a blaze of glory and the 2:50 time she was on target for, she was taken off the course in a wheelchair. The easy thing to do would have been to feel sorry for herself, but instead of dwelling on what could have been, she was determined to build on her marathon fitness by cross-training on the bike through the injury….and came back from injury and ran a 1:18 half marathon PB.

Focus on the bigger picture

My immediate focus after RR was to get back on the roads for some short road races in the build-up to Paris marathon and have a shot at some road PBs. But after a week of running I realised, that whilst I could probably manage my pelvis injury and race up to marathon distance, I knew beyond marathon distance that it wouldn’t let me. I’ve got two big races this year with Basel 24 hours and Spartathlon, and I don’t want to do anything in the short term that will jeopardise them. I’ve decided to drop the upcoming shorter road races, and whilst Ian has assured me if I’m back running next week, he can get me into marathon PB shape for Paris, I’m very relaxed about dropping Paris marathon – I figure I can run road races pretty much any weekend of the year, whereas 24 hour races and Spartathlon are much harder to come by. Plus I have such a bad (almost comedy) track record with road marathons that I may as well add Paris to the list!

In January I felt like I was in some of the best running shape of my life. And I certainly didn’t think my RR would end in DNF and it would take over a month to get back into proper training again. However shit happens in running, as it does in life, and there’s no point feeling sorry for yourself. Everyone has setbacks in running and in life, and it isn’t about the setbacks, but it’s how you deal with them.

If ever I was tempted to feel a little bit fed-up these last few weeks, then I have given myself a good talking to and ‘channeled Mark’. For anyone who doesn’t know Mark; my friend Mark Thornberry was diagnosed with terminal liver cancer almost 2 years ago. He’s defied all odds and in the past 2 years has done some incredible things (including finishing the 145 mile GUCR and the Javelina 100) and in doing so, raised over £100,000 for liver cancer research. Around the same time I went to America for RR, Mark was undergoing a major operation which would hopefully give him a better longer-term prognosis. Whilst still recovering in hospital he was messaging me to check I was ok after my DNF (which is obviously completely trivial and irrelevant compared to having a life saving operation), and since then he’s been discharged from hospital and his recovery has been limited to getting out and walking a mile in 30 minutes.

For me, when I last saw Dawn on Friday she said my pelvis is almost back in place, although when I tried a test run yesterday I cut it short as I knew things still weren’t fully right. I’ve not run for a week now so a few more days off isn’t the end of the world.

I’m hopeful that the end is in sight, and whilst these last few weeks weren’t part of the plan for this year’s running, I know it will just mean that getting back to running and racing Basel and Spartathlon are going to mean even more to me.

So for anyone dealing with running setbacks at the moment; my advice is hang on in there, stay positive, do the cross-training, and know that the good times are just around the corner.

Sarah Sawyer
I’m Sarah, a Pilates teacher and Running Coach from Brighton, England. I run everything from parkrun to 100+ mile ultra marathons, and everything in-between. I run on trails, in the mountains, across deserts, on roads and around the track….basically I just love running!
Previous Post
The Blog I Never Thought I’d Write. RR100. My First DNF.
Next Post
Why I was never going to run Spartathlon/The Road to Spartathlon