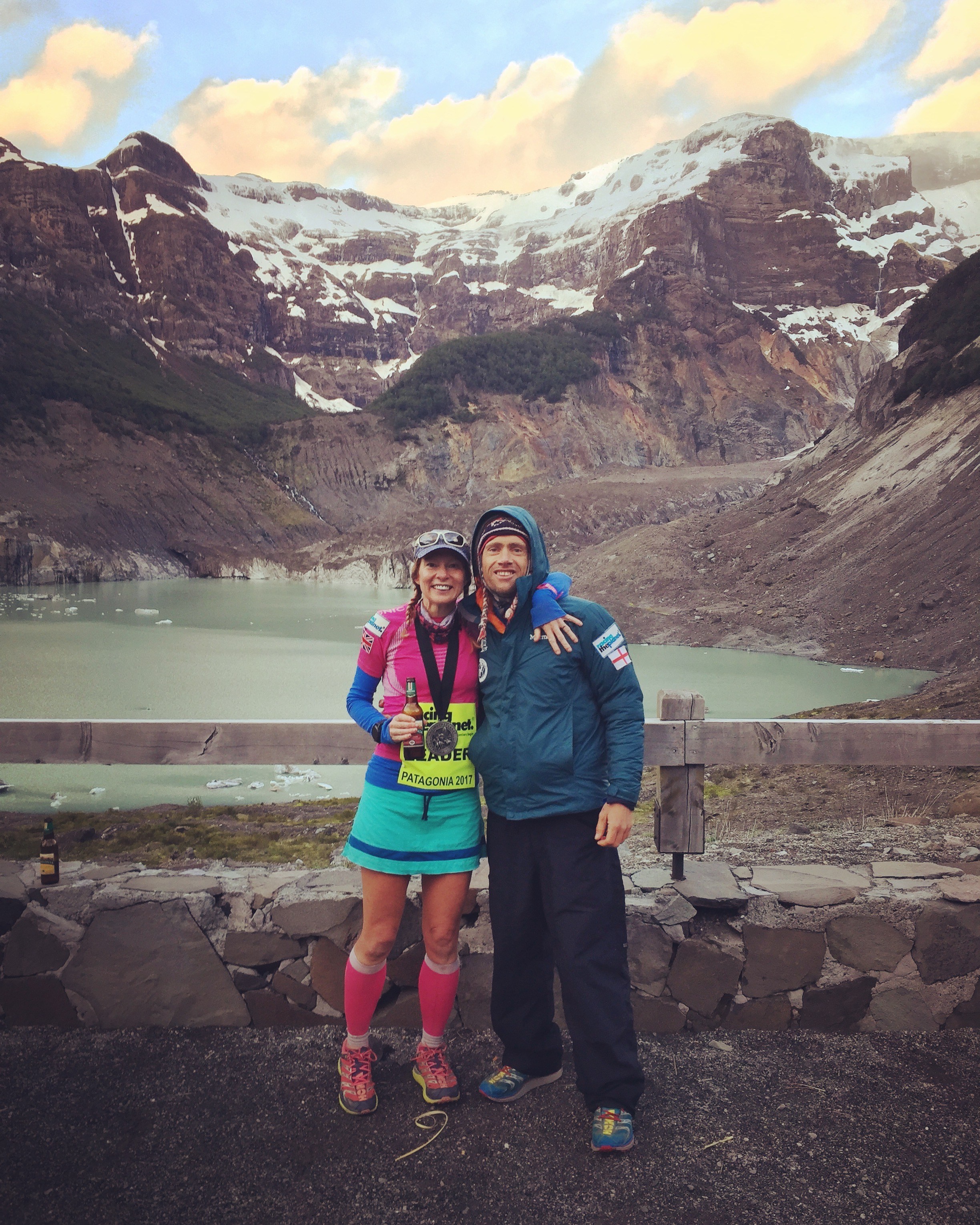 The rest day had dragged on as we salvaged the few scraps of food we had remaining – I’m not good with boredom or hunger! Fortunately the rain and snow had eased off by mid morning, so at least we weren’t confined to our tent, which was resembling a wash room, as we all tried to unsuccessfully dry our soaking wet running clothes. At least when the sun came out, we could dry things out around the camp fires – it meant your clothes stunk, but at least it masked the smell coming off you after 6 days without a shower!

It wasn’t until late afternoon when the race results were read out to camp that I discovered that I’d beaten Magda by over 35 minutes on the Long Stage, so was going into the final stage with an over 50 minute lead. I could essentially walk the final 4 miles and the win would be mine.

A 4:30am race briefing for the final stage (before a 5:30am race start) meant that our usual 7pm bedtime was brought forward to 6pm….we had survived the rest day!

We woke up for the final time together in tent 17 to absolutely freezing temperatures and had to check that everyone had made it through the night alive! Initially nobody felt particularly enthusiastic about getting up and running the final 4.4 miles as none of us really had anything to race for. However, as we got ourselves sorted and stood on the start line for the final time, there was a mix of excitement tinged with sadness….an incredible week was almost over.

I’ve crossed a few finish lines in my time, but this one, in front of the Black Glacier of Tronodor, is going to take some beating for its location. 27:10:24 hours of running, 1st female and 23rd overall, out of almost 300 starters. It had been as pretty much a perfect week of racing as I could have hoped for.

The finish line was a frenzy of beer drinking, pizza eating and photo taking, before we boarded the buses back to Bariloche and a whirlwind 24 hours of numerous hot showers, more beer drinking, the novelty of eating ‘proper’ food off a plate with cutlery, the awards ceremony and saying farewell to people who’d already become close friends.

RTP Patagonia, you were everything I’d hoped for and more.

Sarah Sawyer
I’m Sarah, a Pilates teacher and Running Coach from Brighton, England. I run everything from parkrun to 100+ mile ultra marathons, and everything in-between. I run on trails, in the mountains, across deserts, on roads and around the track….basically I just love running!
Previous Post
Patagonia The Long Stage – The Stage where I felt like I was flying through the Andes
Next Post
RTP Patagonia – A few final thoughts/My top tips for ‘racing’ a multi-stage race